Almost exactly at the time everything happened which pushed me to do this, we got a puppy – Thor. 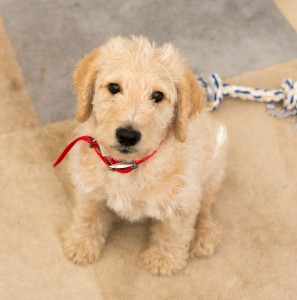 He’s been a delightful distraction, inspiration, and metaphor.

He’s adventurous. Granted, he doesn’t get too far from his pack, but he’ll still have a go, and his range extends with every walk.

But he’s still loyal and affectionate – I’m learning to allocate a couple of minutes whenever I enter his world to be licked, nipped, and wagged at.

And at night he’ll happily go to his safe space, to rest, ready for the next day’s adventures.

How awesome. Who knew I could learn so much from a being who hasn’t yet been on this earth more than a few weeks? 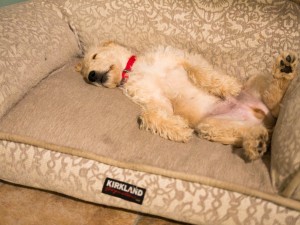 And I know when I go downstairs tomorrow he’ll be utterly become with excitement at seeing me. What a great gift – an inspiration for the day.

I’ve never been a dog person before – but I’d recommend one wholeheartedly :-).